Senior Research Fellow and Author of The Wounded Healer 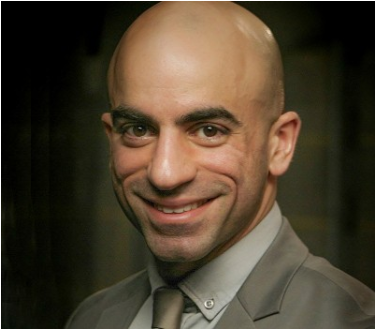 Dr Ahmed Hankir MBChB MRCPsych is Senior Research fellow at the Centre for Mental Health Research in association with Cambridge University and Academic Clinical Fellow in Psychiatry at the Institute of Psychiatry, Psychology and Neuroscience at King’s College London.

Dr Hankir has given Keynote Lectures alongside Nobel Prize Laureates, Ted speakers and celebrities in national and international conferences and has lectured at some of the most prestigious universities in the world including Harvard, Yale, Padua, Coimbra, Cambridge and Oxford.

Dr Hankir’s research interests include global and minority mental health and pioneering and evaluating innovative programs that challenge mental health related stigma and he has published extensively in these areas. Dr Hankir co-edited a textbook on Islamophobia and Psychiatry with Professor Rania Awaad at Stanford University who presented her research findings on Muslim mental health to Barack Obama at the White House. Dr Hankir was consulted by the New Zealand Government and played an instrumental role in the authorization of $1 million dollars for research on the psychological effects of the Christchurch Mosque terror attack. Dr Hankir presented his research findings on Muslim perceptions of British combat troops to Ministry of Defence officials at Whitehall. Dr Hankir was an expert reviewer for the World Health Organization Good Practice on Community Mental Health Services. Dr Hankir is the recipient of numerous awards including the Royal College of Psychiatrists Foundation Doctor and Core Psychiatry Trainee of the Year Awards which mark the highest level of achievement in psychiatry in the UK.

In recognition of his services to public engagement and education and his research and scholarly outputs, Dr Hankir was appointed Visiting Professor of Academic Psychiatry at the Carrick Institute for Graduate Studies, Florida, USA.